The Atomic Stream Space Showdown came to its final conclusion on the 15th of October with the grand final being played out via our Instagram Page (@atomicmusicaus) but how did the participating artist’s manage to get there and who won? Well, you’re going to have to read on and find out who came out on top of Atomic’s friendly social media competition. Oh, btw did I mention the victor walks away with $1K worth of Atomic promo? 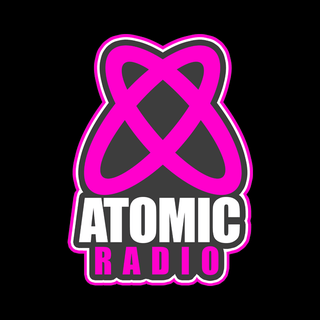 We hadn’t written anything specifically about the Semi-finals yet and that’s with good reason, we need to keep you here long enough in a single article to get that ad revenue and two matchups just wouldn’t cut it 😉. All jokes aside though the semi-finals were bloody close, to say the least. With stream space heavyweights taking on underdogs and multiple genres colliding in the some of the best match-ups in Stream Space History!

All the artists that made it to the Stream Space Showdown Semi-Finals all had an interesting journey to the Semi’s sometimes facing arguably stronger opposition at points in terms of followers but it did not seem to stop any of them as they all powered their way closer to the Grand Finale. As you can see from the picture above Hip-Hop artist CJ faced off with Wodonga producer Green Walls and Lismore Punk band came head to head with prominent Stream Space vocalist Jordsi in what was to be a close battle between all parties involved.

CJ and Green Walls were the first cab off the rank in the Stream Space Showdown Semi-Finals and it was an interesting one but before we get into that lets chat about how Green Walls managed to carve his path into the Semis.

Green Walls had an interesting run through to the Semi-Finals after going head to head with some Stream Space heavyweights including Tullie Roberts who had previously held the joint record of 6 weeks in a row in the weekly Atomic countdown and Elk who managed to take out the 2018 edition of the Atomic Hundred with their single “Wait”. By the way, Atomic’s Top Hundred is on again on November the 15th LIVE on Atomic Radio Australia. Green Walls also managed to get through his final face-off against Elk by engaging in a meme war, it proved to be successful with Green Walls managing to secure his spot in the Semi-Finals and managing to catch the attention of Atomic HQ who have since asked for some help with the me-mes.

CJ was marked as one of the underdogs going into the Stream Space Showdown but soon showed his metal after blasting past more established Stream Space artists including Flam, Visioner and $chade. The run Cj had through the Showdown was incredible with the relatively unknown Stream Space artist moving through round after round with relative ease moving from him from underdog status to favourite in a matter of weeks.

In the end, it was a Green Walls victory and the run of the underdog was over with 273 votes from the Green Walls camp topping Cj’s 251. Massive respect to both artists who successfully managed to engage their respective Instagram followers. Both artists seemed to be having fun with the Stream Space Showdown after both CJ and Green Walls released separate “dis tracks” within the 24-hour period. It was all in good jest though and with the final results counted Green Walls successfully booked himself a spot in the Stream Space Showdown Grand Finale. Check out the dis tracks at the links below.

The second half of the Stream Space Showdown Semi-Final proved interesting also as Wodonga Vocalist Jorsdie took on Lismore NSW Punk band Human Dinosaur Machine. Both had a tough slog to get to their place in the finals but nevertheless carried on and both performed respectively in what would be one of the pairs final showing in the Showdown.

Jordsi found herself into the Semi-Finals after arguably the biggest upset of the entire competition taking out Uranium Certified Artist Toby Mobbs in impressive fashion. Another impressive victory was over Pop-Rock Artist Chelsea Knight who’s self-titled Ep release had previously been one of the most listened EPs on the Atomic Stream Space.

Human Dinosaur Machine had been one of the surprise additions to the Atomic Stream Space in 2020 hailing all the way from Lismore in Regional NSW. There journey through the showdown was not without roadblocks after facing Radium award-winning artists such as Mixed Attractions and Wangaratta based Hip-Hop artist Clue. In the end, though those artists were no match with Human Dinosaur Machine finding themselves going Face to Face with Jordsi in the Stream Space Showdown Semi-Final Face-Off 2

In what was one of the closest matchups to date in the Showdown it was the Punk Rockers from Regional NSW Human Dinosaur Machine who came up with the goods. The final results showed Jordsi managing a total vote of 137 verses HDM who came home with 142 final votes booking themselves a Grand Finale Showdown with Wodonga Producer/Resident Meme Lord Green Walls with a chance at snatching One Thousand Dollars worth of Atomic Artist Promo.

With all the memes and “dis tracks” out of the way it was time for the final showdown. The moment we had been waiting WEEKS for, The Atomic Stream Space Showdown Grand Final. We’ve spoken about how the respective artists had got to this place in the friendly social media competition but now it was time. Who would win? Lismore Punk Rockers Human Dinosaur Machine? Or Wodonga Producer Green Walls? Who would take home Atomic’s $1K Promo package? Well, wonder no more…

After the votes swung one way than another through the 24 hour voting period it was Green Walls who managed to come out victorious overcoming the Lismore Punk Rockers with a final percentage vote of 51-49. It was incredibly close but after more than 8 weeks we finally know who the victor of the Stream Space Showdown is. Over 600 votes were collected in total with 320 going to Green Walls verse 307 to Human Dinosaure Machine. Green Walls manages to score himself a $1k promo package and will be rolled out throughout the Atomic network upon his next release.

It has been an intense past few months with the Stream Space Showdown with every artist we’ve spoken to acknowledging the increased followership and listenership on their respective Atomic Stream Space and Instagram profiles since the start of the friendly social media competition which was all the way back in August.

You can still listen to your favourite tracks on the Atomic Stream Space as always and you can tune in to Atomic’s Top Hundred of 2020 which will be broadcasting LIVE on November the 15th. And as always keep dropping into the Atomic Mag Space to keep up to date with all your favourite artists and Atomic News.

The Road to the Hundred. – An Introduction

By Joshua Groch 1 month ago

Hey, Josh here from the Atomic Countdown. I guess it is a kind of a tradition now this time of year that I swap my mic for a keyboard and...

Cube Gets Taken Over!

By Atomic Newsroom 3 months ago

Stream Jam is back again and this time, they have overthrown Wodonga's biggest entertainment venue with Border/Northeast young and upcoming artists for a month-long group of Thursdays streaming live! What...

We just slashed our fee to ZERO!

By Atomic Newsroom 5 months ago

On a regular basis, we reach out to artists to ask what they think of our service in an effort to improve on our network, services and reach in the...

By Atomic Newsroom 9 months ago

Atomic Music is excited to announce the next BIG connection in our ever-growing network... Atomic Radio We have been working on this secret project since July 19' with the aim...